Here is the Activated Carbon Supplier to share with you how to calculate the amount of activated carbon for exhaust gas adsorption, I hope it will be helpful to everyone 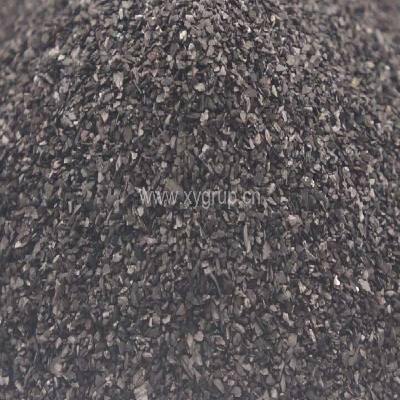 1. Calculation of the amount of adsorbent (activated carbon):

Activated carbon mainly occurs by physical adsorption, most of which are single-layer molecular adsorption. The adsorption amount and the concentration of the adsorbate obey the Langmuir monolayer adsorption isotherm equation: α=kθ=kbp/(1+kbp).

Where: (Coverage) θ--the fraction of the area occupied by the adsorbed molecules on the solid surface to the total surface area at a certain temperature; p--the partial pressure of the adsorbate in the gas phase; b=k1/k2--adsorption and The ratio of the speed of desorption; a--the amount of gas adsorbed on the solid surface.

The activity is not only related to the characteristics of adsorbents and adsorbents but also related to temperature, concentration, and operating conditions. The kinetic activity value of the adsorbent is the main basis for the design of the adsorption system.

Previous: What Is Activated Carbon And What Are Its Main Applications?

Next: The Future Market Demand of China's Activated Carbon Industry is Expected To Exceed One Million Tons