What Is Activated Carbon And What Are Its Main Applications?

Activated Carbon is a carbon material with a large specific surface area and strong adsorption and decolorization capabilities. As early as the 19th century, people used it to decolor and deodorize sugar, wine and water. By the 1990s, activated carbon was widely used in sewage treatment, organic solvent concentration and recovery, air purification and other environmental protection, gold extraction and other fields.

Activated carbon is in the form of powder, granules or pellets. It has an amorphous and porous structure and has a large surface area in the pores, which has a good adsorption effect on gas. It is usually obtained by dry distillation of wood, hard nut shells or animal bones, and treatment with superheated steam at high temperature. Activated carbon has a high degree of microporosity. 1 gram of activated carbon can provide approximately 600-1200 square feet of surface area. In other words, a small spoonful of activated carbon can "compress" an area as large as a suite! 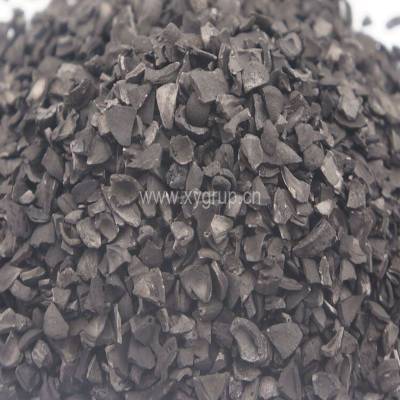 The main features of activated carbon

Today, the largest market for activated carbon is in the municipal water purification industry

Among the organic pollution indicators for drinking water established by the US Environmental Protection Agency, activated carbon is an effective treatment method for 80% of the pollutants. In the PVC pipe water filtration system, activated carbon is the core component. The system is composed of pebbles, palm, palm fiber, alum, activated carbon, gravel, chlorine, and smooth sand. Each component is separated with a sponge filter to fix it in a specific position.

In the United States, activated carbon has been used in surgery and interventional treatment of malignant tumors such as breast cancer, gastric cancer, esophageal cancer and rectal cancer. Activated carbon is used to adsorb different anti-cancer drugs to selectively distribute high-concentration anti-cancer drugs at the location where cancer cells exist. Because the drug is absorbed in the activated carbon, it is favorable for it to attach to the surface of the cancer tissue to exert its effect, so that it has less side effects on the human body than the use of an aqueous solution of the drug. Activated carbon not only has excellent adsorption properties, but also has a specific tropism to the lymphatic system, so it can stain the lymph nodes black and guide the removal of the lymph nodes.

2. Air separation and enrichment of oxygen

One of the main problems in the chemical industry is how to efficiently separate oxygen from the air, and the study of using activated carbon to specifically adsorb to achieve oxygen separation has long been reported. For example, the pore size of activated carbon is directionally controlled by chemical vapor deposition method to prepare activated carbon with molecular sieve properties and uniform pore size distribution to separate and enrich oxygen in the air. This technology has been commercialized in foreign countries.

Lithium-ion batteries use activated carbon as the negative electrode material to replace the lithium metal negative electrode that has problems with the charging reaction. It retains the advantages of high energy density and high voltage of primary lithium batteries, while greatly improving the cycle life and safety performance, forming a secondary battery with excellent performance. Secondary lithium battery.

The metal or metal oxide used as a catalyst is only catalytically active because it has an active center, and crystal defects are the main reason why the active center can exist. Because of the existence of crystal defects, activated carbon can be widely used as a catalyst, especially in redox reactions such as flue gas desulfurization, phosgene oxidation, synthesis of dicyanide chloride, ozonolysis, and depolarization of oxygen in batteries. At the same time, because of its large internal surface area, activated carbon is also an ideal catalyst carrier, especially in the field of photocatalyst loading. The photocatalyst supported by activated carbon and used for the degradation of organic waste gas will be an important direction for future development.

The "plain-looking" activated carbon has a unique hole inside, attracting batches of scientists to cultivate and work hard on this black soil. Through continuous modification and adjustment, they can make more valuable activated carbon products and provide better services. Human society. In addition, the company also provides Activated Carbon Filters, if necessary, please feel free to contact us

Previous: Use of Activated Carbon and Matters Needing Attention

Next: Organic Waste Gas Adsorption How To Calculate The Dosage of Activated Carbon